Learn All About This Brand
Browse Inventory

Ford F-150 production has begun since 1948 as a range of light-duty luxury trucks marketed as a full-size pickup truck. Ford F-150 was referred to as the Ford Bonus-Built trucks when it was announced in the United States. They built them on a devoted truck stand, which was not like the earlier version manufactured during the war from car chassis. Ford manufactured its first truck with the name Ford Model TT in 1917 based on the Model T.

Ford introduced the first Ford F-150 generation in 1948 to replace the car-based pickup luxury line the company introduced in 1942. Thus, people rated them as pickup truck, school buses, cab-over-engine, conventional trucks, and panel trucks by weight. The company built manual transmission in each truck, featuring a windshield washer with a foot-plunger and passenger and driver windshield wipers.

There were an updated chassis, improved engines, and increased dimensions with the 1953 model year of Ford F-150. Not only that, but a few other improved features include a lighter, armrests, dome light, and a radio. This period also witnessed changes from F-1 to F-100. There was F-250 from F-3 and F-2, with F-4 becoming the Ford F-350.

Some of the notable changes in 1955 include optional dome light, cigarette lighter, radio, seatbelts, and power steering. Others are the full wrap-around front windshield. There were also 279 and 317 V8, 239 V8, chassis updates, and a complete redesign.

In 1956, the company designed a unique Ford F-100 for a one-year style. Instead of a sloped windshield, it highlighted a wrap-around windshield, providing vertical windshield supports. Seatbelts were optional for this year’s model that featured rare gross vehicle weight rating styles.

A significant redesign and modernization bathed the F-150 third generation in 1957. Ford integrated the hood into the bodywork and designed the fender at the front to be part of its body. And for the next twenty years, this clamshell design continued to be prominent in the subsequent models of F-150.

Ford replaced the F-series with cab-over with C-series that comprised a tit-cab used for the heavy-duty delivery truck and a fire truck in 1957. In 1990, the company stopped producing the C-series and set up in 1959 building pickups with four-wheel-drive.

With the Ford F-150 fourth generation, the company built a dramatically new style of pickup in 1961. The new model was lower and longer than its predecessors with gearbox choices, a new engine, and increased dimensions. Besides, the bed and cab integration offered drivers an optional unibody design. Ford stopped the option of the unibody in 1963 since it proved unpopular.

The exceptional, unique design was the Twin-I-Beam front suspension change in 1965 that continued to be part of the F-150 till 2016. With this, the front wheels can run independently, leading to a more leisurely cruise and better maneuverability. In 1965, Ford introduced the 300 cubic inches 4.8L straight-six along with the 4-door-crew-cab model. Ranger also became part of the Ford lineup in 1965.

Ford used the same platform to build the F-150 pickup in 1967. However, the company truck came with a heavier frame with a roomier cab. Thus, Ford made available three trim packages between these years, including Ranger, Custom Cab, and Base. The exterior also got new safety features like the van bed rear reflectors. The fifth-generation also offered factory-fitted air conditioning instead of dealer installation. The manufacturer increased the greenhouse glass and dimensions, made available the plusher trim levels, and expanded the engine options.

Ford introduced the sixth generation of F-150 in 1973. The new machine got significant upgrades and changes, including additional galvanized steel, improved air and heating, gas tank reposition outside the cab, front disc brakes, and more extended cabins. The company also introduced the 4-wheel-drive SuperCab during this time. Ford also changed the previous model’s round headlights to square headlights on higher trim package models, such as Ranger and Lariat. The company made it standard equipment in 1979. Ford Bronco also become a variant of the F-series pickup with a new design in 1978.

Ford introduced the seventh generation in 1980 to celebrate the first ground-up model line redesign in 1966. The company made a few exterior and interior modifications and added diesel power to the improved fuel economy and aerodynamics in 1983. The company introduced a new 5.8L Windsor high-output version in 1984 and debuted the first electronic fuel injection for the 5.0L V8 in 1985, and switched all vehicles over to electronic fuel injection in 1988. F-150 became the lightest pickup ahead of other luxury pickups in 1983 and stopped F-150 manual shifting with 3-on-the-tree in 1986.

As for the 1980 to 1986’s major revision, Ford introduced the eighth generation in 1987 by redesigning many body panels like a completely new front fascia and a newly designed interior. The company stopped building 4-speeds and introduced the new manual overdrive transmission with 5 speeds in 1987. It continued with the 4.9L I6 in 1987 after the 5.0L V8 transition to fuel injection in 1986. The model set the pace as America’s first pickup truck model line sold without carbureted engines. Ford also increased the 6.9L diesel V8 to 7.3L the same year. A 5-speed manual was the standard equipment with the introduction of an E40D 4-speed automatic in 1989.

Ford gave the F-150 a facelift when the company introduced it in 1992. Notable changes include grille changes, newly designed fenders, more advanced aerodynamics, and a lower hood line. There was an updated dashboard with F-150’s driver’s side airbag in the 1994 models. The new look also had a high, third brake stop light with the inclusion of new hi-tech options like a compact disc player, power driver’s seat, and remote keyless entry with alarm. Ford was able to overtake GMC and Chevrolet combination for the first time in a decade, selling more than 800,000 units by 1996.

Ford made a significant change to the F-150 for the 1997 model, splitting the pickup lines into two vehicle families. There was a substantial transition in truck usage between the 1970s to the 1990s. People can have working-class trucks in the F-350 and F-250 as the company changed F-150 to a new private use truck. Ford also reintroduced the 1997 F-150 with the aerodynamics it gave to the Ford Taurus in 1986. Ford made the new machine more streamlined for a more significant and fuel economy and a better ride.

To mark the company’s 50th Anniversary, Ford added a new chassis that shared only the transmission from the previous years and a fully independent front suspension. They also achieved greater rear-seat access by adding a rear-hinged door to its models. The company also added a fourth door to the SuperCab in 1999, and drivers can access four full-size doors with the 2001 F-150. In 2001, sales of the Ford F-150 surged from 750,000 to more than 900,000, earning it the Truck of the Year by the Motor Trend Magazine.

Ford redesigned the F-150 on an all-new platform when it launched it in 2004. Regardless of their cab type, the company gave all F-150s four doors as it also introduced the Triton engine and, in 2006, made available the 3-valve 5.4L Triton V8 flex-fuel version. As a preference in some of the 2006 models, Ford made available a navigation system. Lincoln-Mercury dealers replaced the Blackwood and sold the F-150 version as the Lincoln Mark LT from 2005 to 2008.

Ford introduced the twelfth generation of F-150 as the Ford full-size truck platform update for the 2009 model year. It introduced new updates to the exterior and interior features like a greater towing capacity, a lighter weight chassis built from high-strength, roomier interior, and a new three-bar grille. There was no 6-cylinder, and for the first time in history, the F-series has a V8 engine. Ford introduced a 3.5L direct-inject twin-turbo EcoBoost V6 in early 2011. It also equipped all engines with a new six-speed 6R80 automatic transmission. It replaced rear opening doors of the previous generation with standard length doors, with available electric-power-assisted steering.

The 2015 model year debuted the Ford F-150 thirteenth generation. There were several significant changes to the design, including reducing the curb weight by almost 750 pounds without altering its exterior footprint. The 2015 F-150 model was the first pickup to have Adaptive Cruise Control, with embedded radar sensors that can detect the distance between vehicles in the front.

Ford built a new machine that makes the ground quake with formidable towing capacity with the new 2021 Ford F-150. With the inspiration of it being the most productive and toughest F-150 even, Ford combined finely tuned design and intelligence with premium-grade muscle. With its torture-tested high-strength, aluminum-alloy body, military-grade, high-strength, and relentlessly rigid steel frame, you will have a beast with brains that can make you work harder and smarter.

Without sweating the details, the new Ford F-150 can grind, haul, and tow all day long. You can use the available 12-inch productivity screen and the standard SYNC 4 at your disposal. Combining the two can help make a call on the run, find directions, or access your favorite playlist. Take your productivity to another level with the newly available tailgate work surface, extra tie-downs, and the standard Pro Power Onboard.

0 Views
Details
Send to My Phone

Compare
Save Vehicle
Value Your Trade
Get Pre-Approved
Test Drive 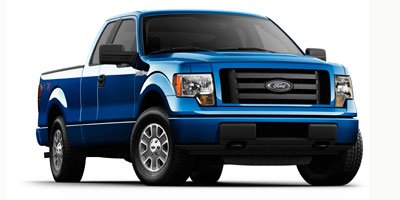 Picture may not represent actual vehicle. Price varies based on Trim Levels and Options. See Dealer for in-stock inventory and actual selling price. All prices plus tax, title & license with approved credit. MSRP includes delivery, processing, and handling fees. Dealer doc fee of $200 not included in the price. Prices may be different outside of each advertised period and do not necessarily reflect cash price at any other time. Inventory is subject to prior sale. We are not responsible for typographical, technical, or misprint errors. Please contact us directly via phone or email to verify all